The sensors system provides live 24/7 monitoring data so as to keep the tunnels of Newcastle’s Metro and the train users safe during extensive above ground construction work.

Last summer, building work officially started on a new £155m HMRC headquarters in Newcastle. The Pilgrim’s Quarter project is going to be the biggest office development in Newcastle City Centre’s history and is located very close to the underground Metro tunnels in the area. Whilst construction is scheduled to run for 2 years, Nexus (owners of the Metro tunnels and operators of the Metro trains) have requested to have the affected tunnels monitored during the project and for an additional year after completion. Academy Geomatics Ltd, specialists in monitoring applications, were asked by Cundall / Bowmer and Kirkland to propose a monitoring system for both the Metro running tunnel and the ventilation tunnel running alongside.

Before proposing a monitoring system, Academy Geomatics Ltd, under the guidance of Director Mark Anderson, conducted an initial topographical survey in 2021 of the tunnels to relate their location to a previous survey at ground level. A control traverse was conducted between the two nearest stations which also linked up with two previous Academy surveys of the Metro stations. The lines of the tunnels were measured in outline until the area of interest was reached. The area was also laser scanned to provide the 3D information needed to produce the drawings, give a representation of the tunnels’ current condition and allow for the 3D design of the monitoring scheme.

It was decided that within the running tunnel, where 155m of tunnel needed monitoring, an automated total station system would be installed. The tunnel length was divided up into eighteen sections which corresponded with the location of an adjacent pile on the site. Five monitoring prisms would be placed around the cross section to show if one side of the tunnel moved more than the other. As the ventilation tunnel offered no lines of site to use an automated total station, tilt sensors were deemed to be the most logical tool. The 28m long ventilation tunnel was divided up into 3 cross sections and 3 tilt sensors per cross section were installed. Each cross section would have varied influence from the construction site and the tilt sensors on either side of the tunnel would also experience different influences from the site. Therefore, it would be easy to see any changes in deformation by work on the site.

An accelerometer sensor was installed at either end of the ventilation tunnel, to take advantage of the modal analysis and FDD functions of the Move Platform.

“Another draw with the Move Solutions kit is the Cloud Platform, which is far better than any other we have used. The customisable dashboard is a big plus” – Mark Anderson, Director, Academy Geomatics Ltd.

All the equipment took a week of night shifts to install, setup and configure in July 2022. Various analysis charts are configured for the client, automated alarms and reporting have also been configured to give maximum confidence that the site work is not affecting the running and ventilation tunnel. The dynamic monitoring data is reviewed by Academy Geomatics Ltd staff on a daily basis, looking for trends, changes in trends etc.

Following the successful installation of this scheme, Bowmer and Kirkland has since contracted Academy Geomatics Ltd to undertake façade monitoring with Move Solutions tilt sensors. 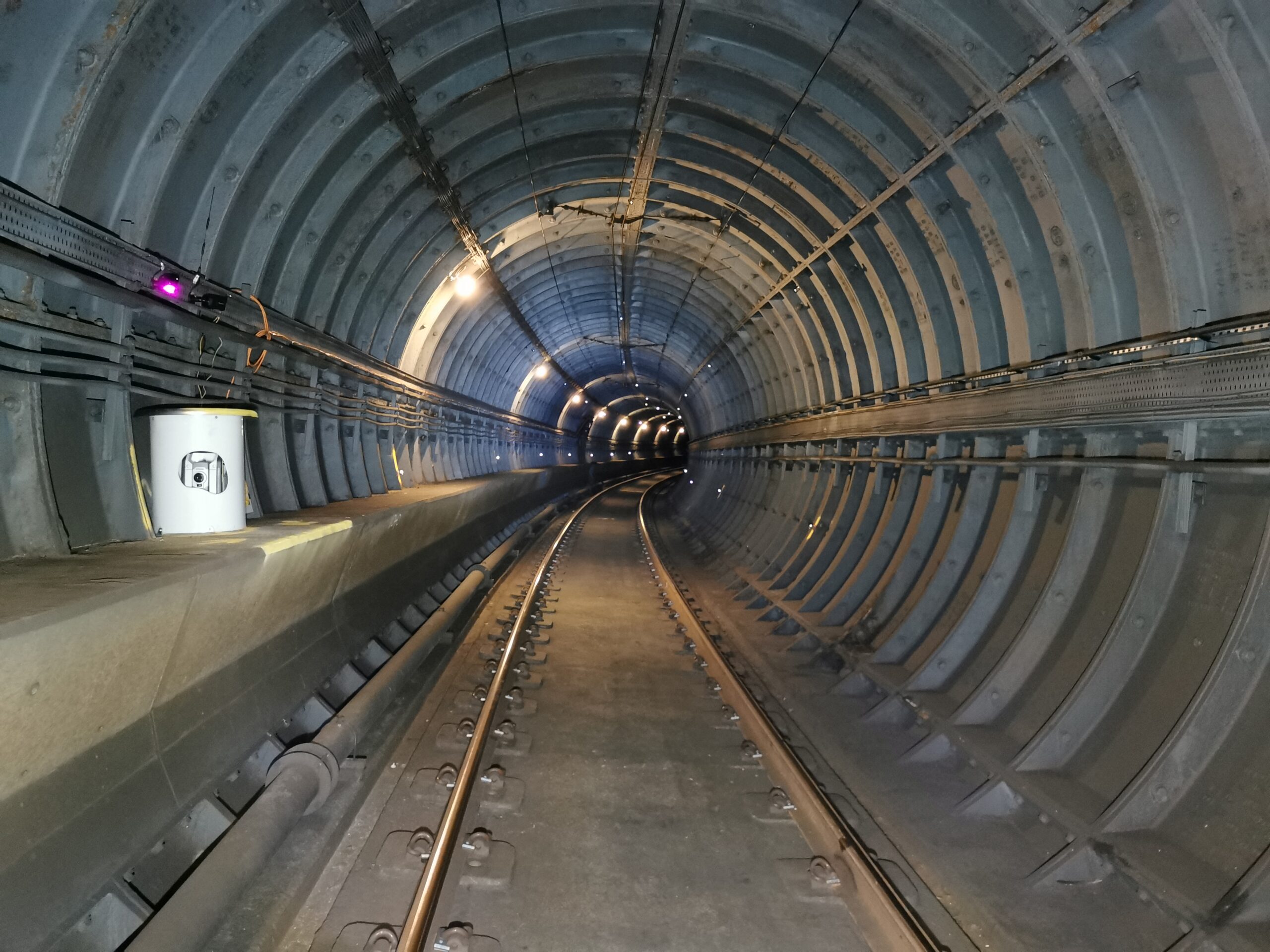 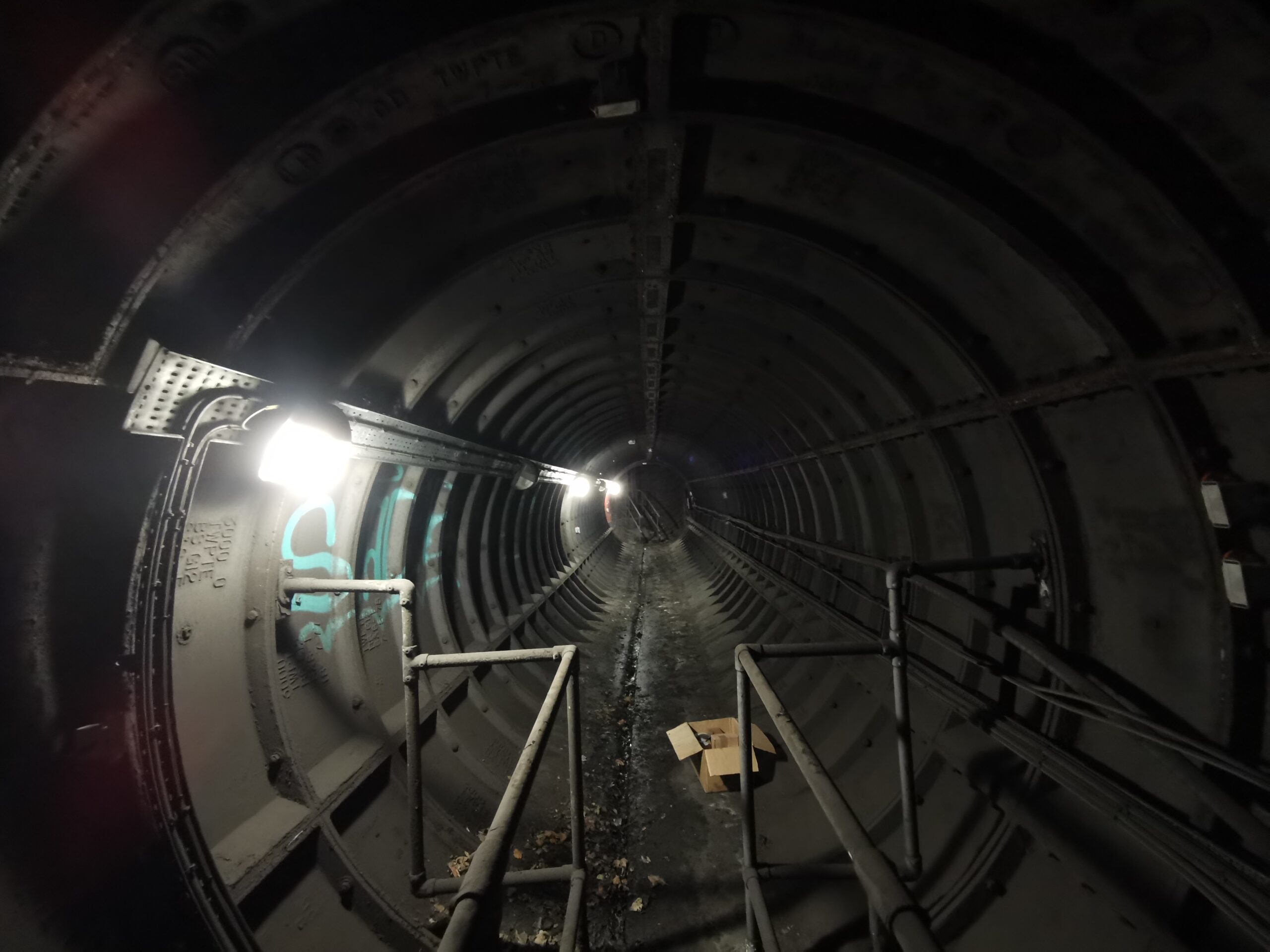 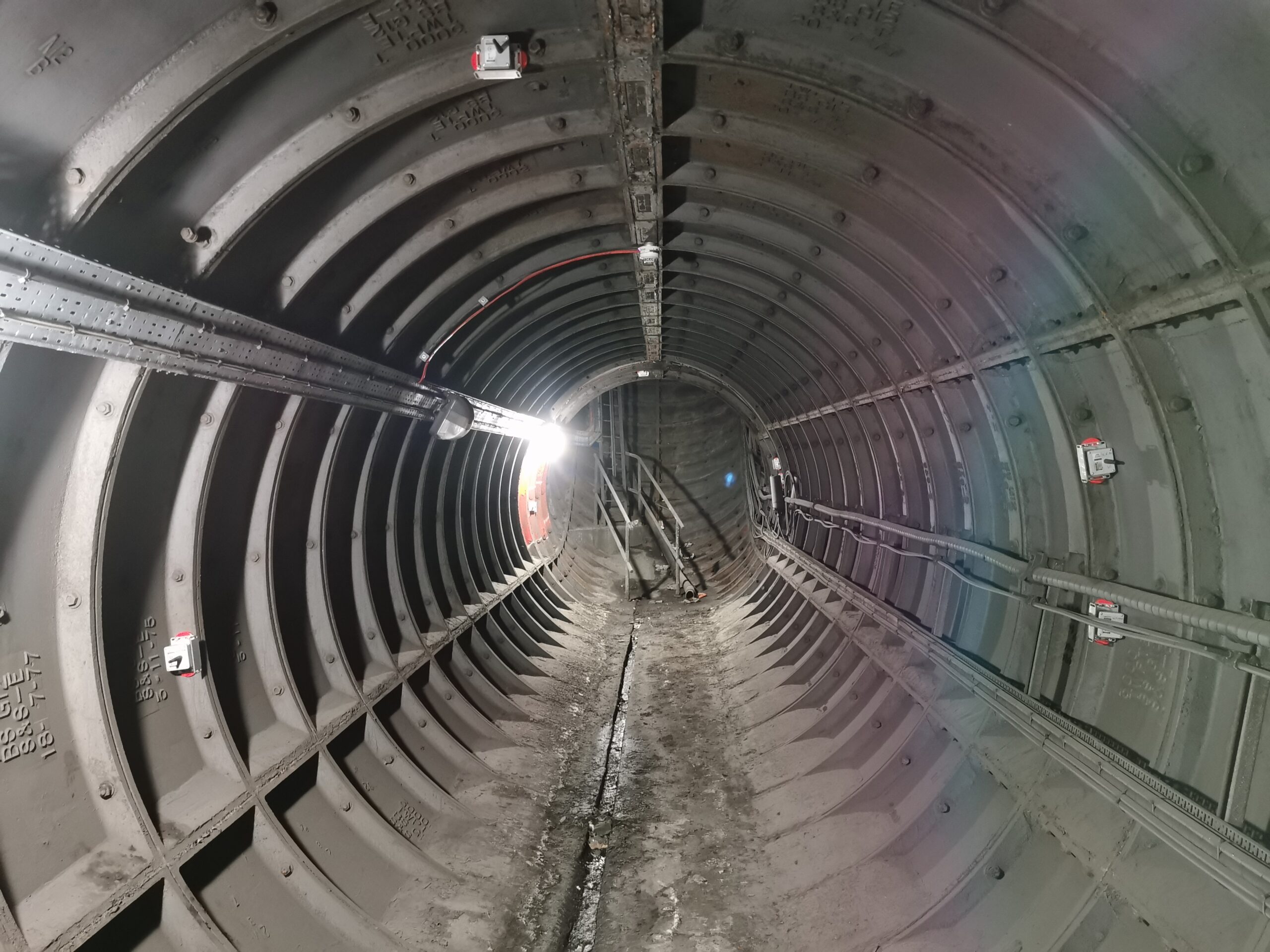 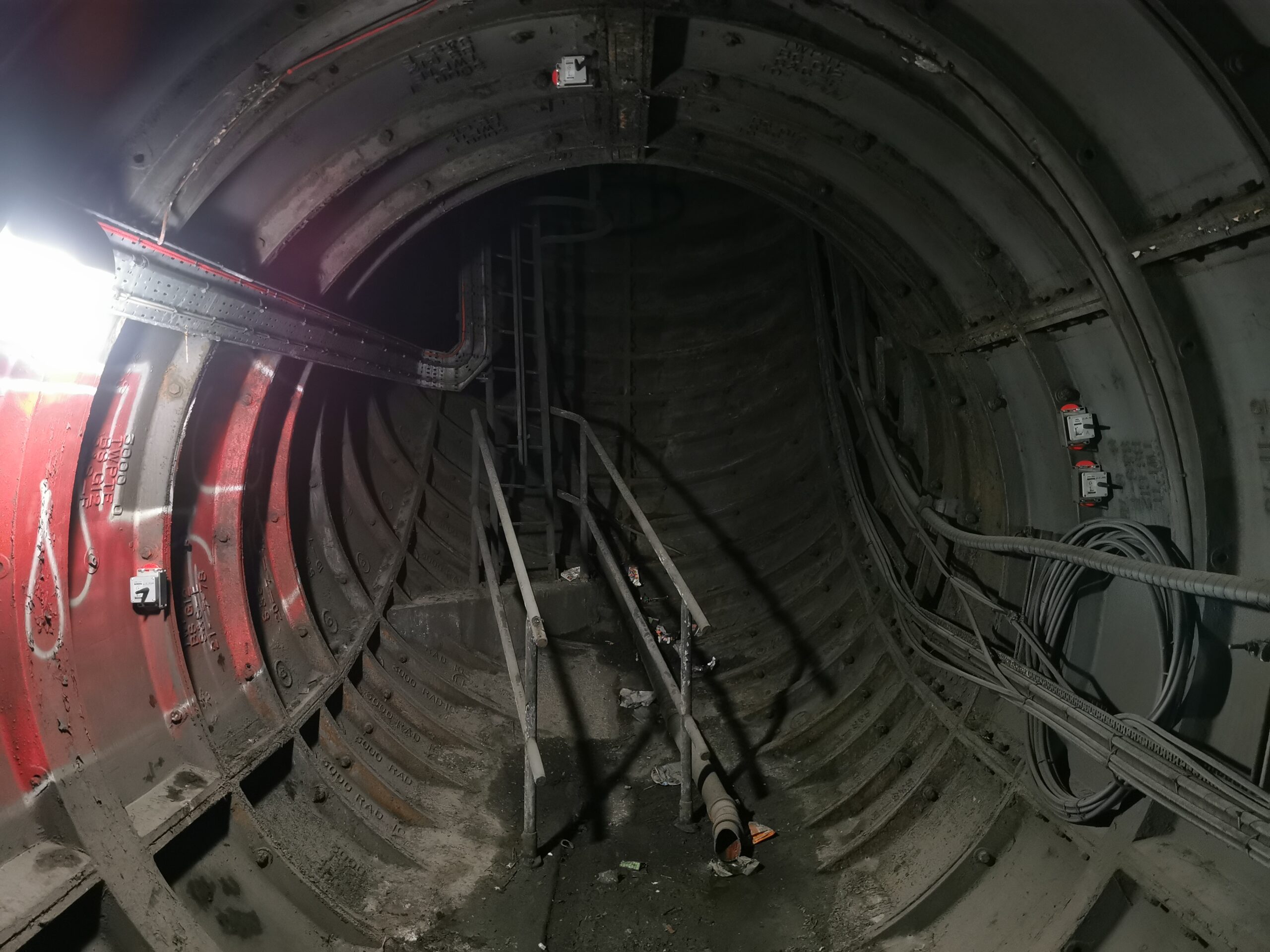 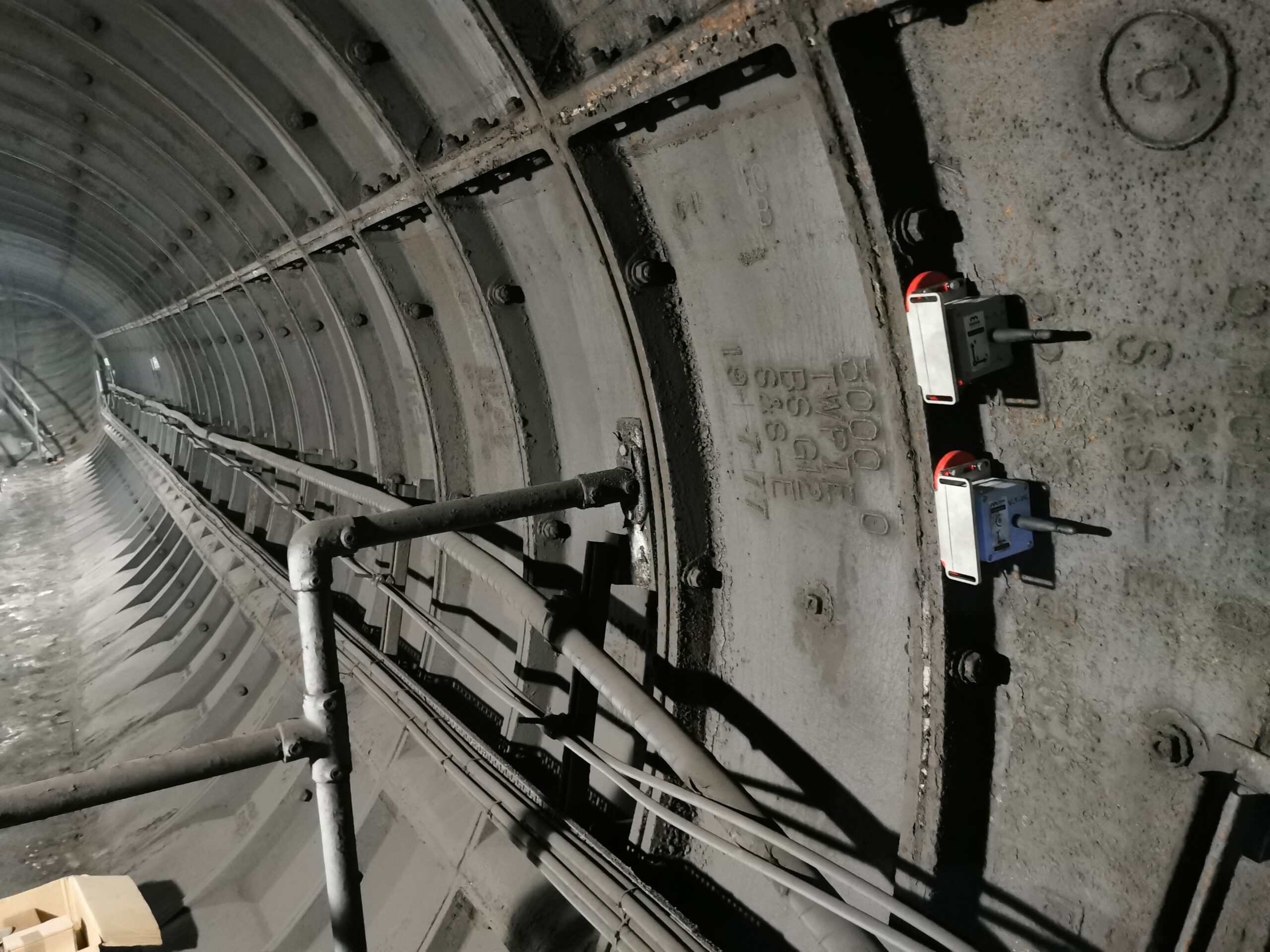 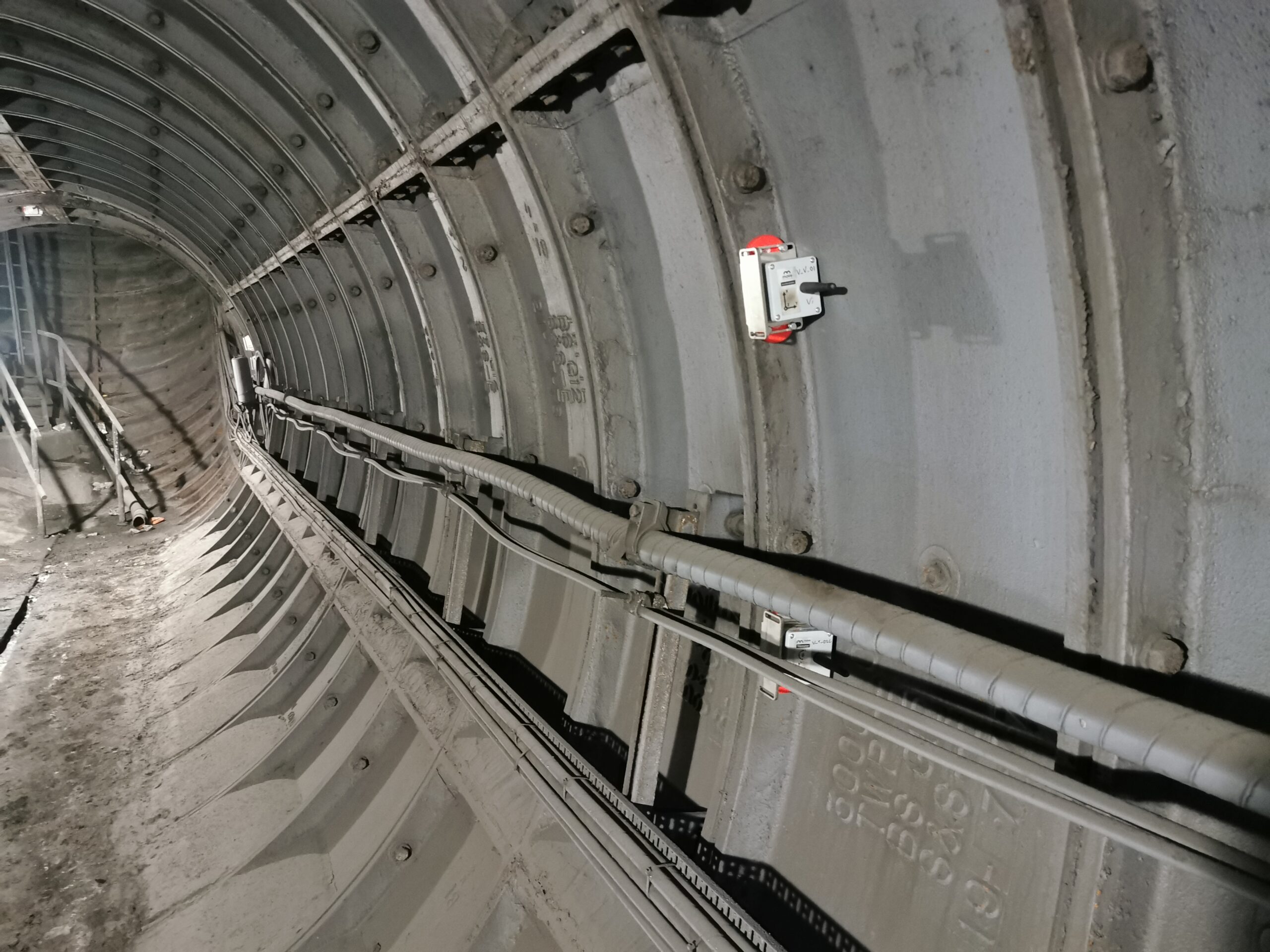 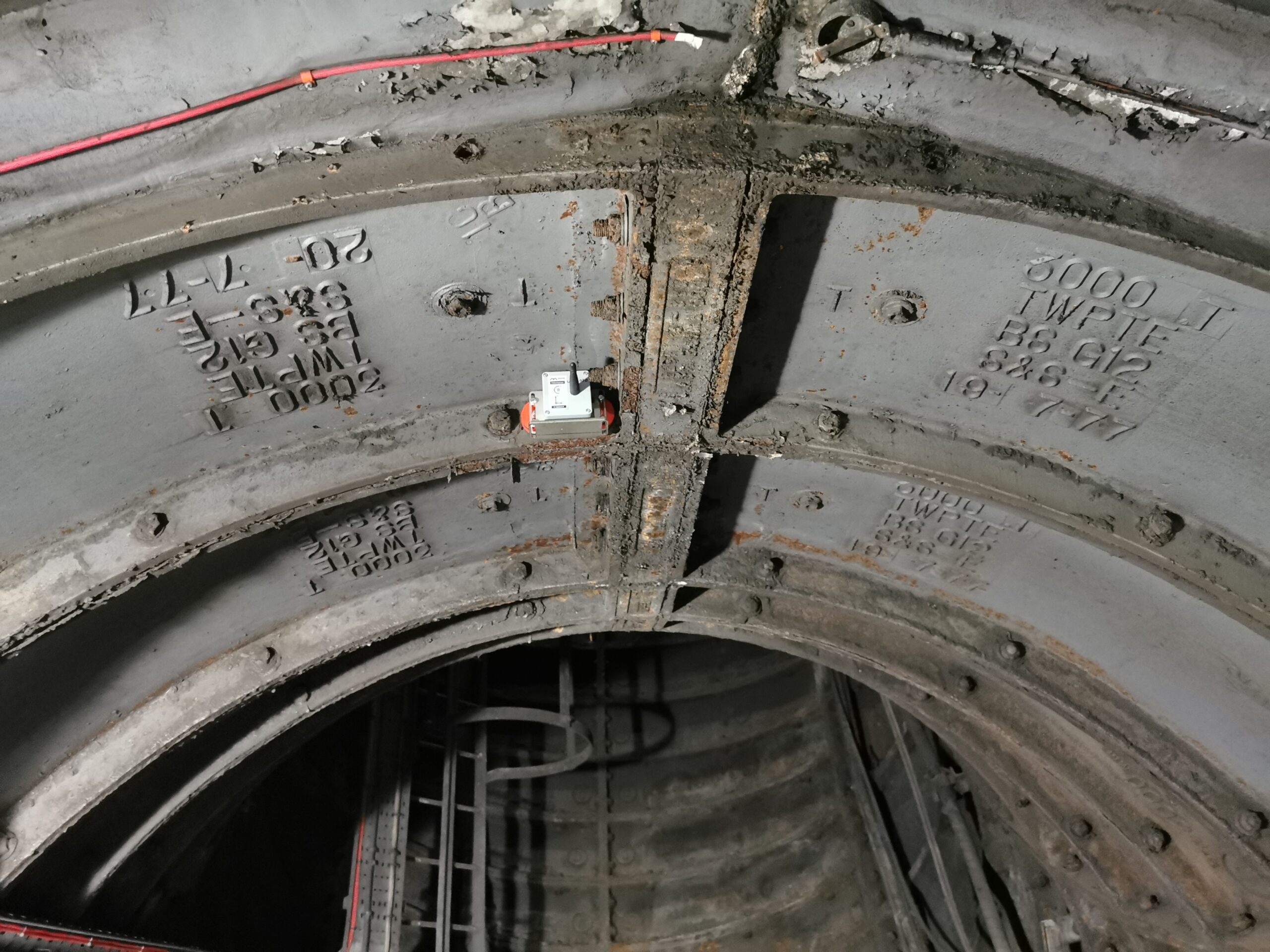